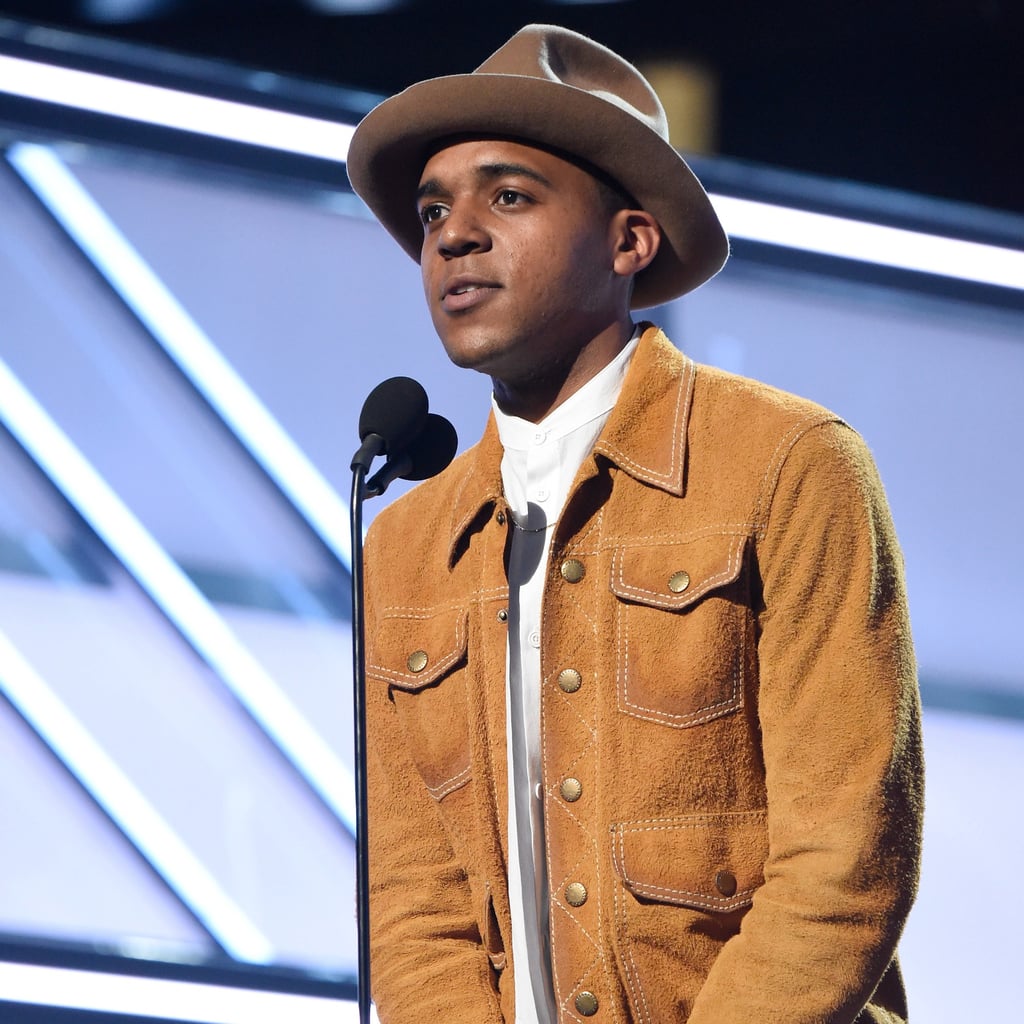 Notorious B.I.G. Gets a Heartfelt Tribute From His Handsome Son, CJ Wallace

The Billboard Music Awards took over Las Vegas on Sunday night, which also marked what would have been Notorious B.I.G.'s 45th birthday. The iconic rapper, whose real name was Christopher Wallace, was gunned down in a still-unsolved murder in March 1997. He was 24 years old when he died, leaving behind his wife, R&B singer Faith Evans, son Christopher "C.J." Wallace, Jr, and daughter T'yanna from a previous relationship. At the time of Biggie's passing, C.J. was just four months old.

Now a 20-year-old actor and rapper, C.J. took the stage at Sunday night's show along with Sean "Diddy" Combs to pay tribute to his late father, saying, "I bet my father's looking down on all of us tonight," and, "My sister and I will continue to carry on his name with tremendous pride and live my life by his words." The duo also premiered the trailer for a documentary about Bad Boy, Biggie's life, and his unexpected death. C.J. made his big screen debut while playing a young version of his father in the biopic Notorious, and recently appeared in 2010's Everything Must Go with Will Ferrell and 2016's Kicks with Mahershala Ali.