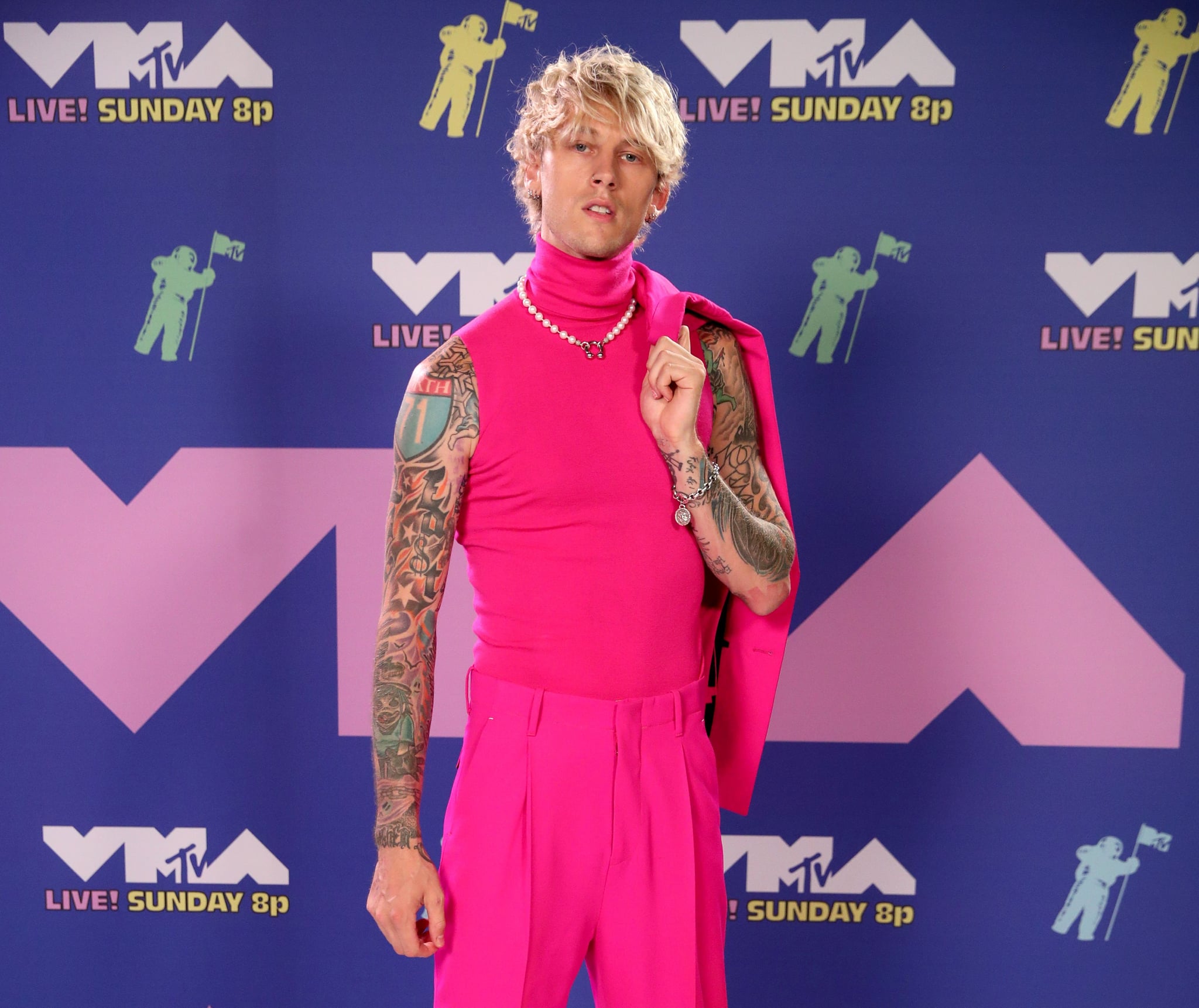 This year's MTV Video Music Awards was decidedly different from any other year, but one thing remains the same: some folks went home with their very own Moon Person! The award show aired live on Sunday night, and although performances and speeches were made from various locations per COVID-19 guidelines, it still didn't disappoint. Host extraordinaire Keke Palmer kept the good times rolling as artists gave their best remote performances and lucky nominees snagged their prizes. Check out the list ahead to see who ended up taking home a Moon Person trophy for themselves!

VIDEO OF THE YEAR
"Blinding Lights" by The Weeknd

ARTIST OF THE YEAR
Lady Gaga

BEST COLLABORATION
"Rain on Me" by Lady Gaga with Ariana Grande

BEST POP
"On" by BTS

BEST CINEMATOGRAPHY
"Rain on Me" by Lady Gaga with Ariana Grande, cinematography by Thomas Kloss

BEST CHOREOGRAPHY
"On" by BTS, choreography by The Lab and Son Sung Deuk

Maluma
Maluma Wore Silver Fangs to the VMAs, as If We Needed Another Reason to Look at His Smile
by Karenna Meredith 31/8/20